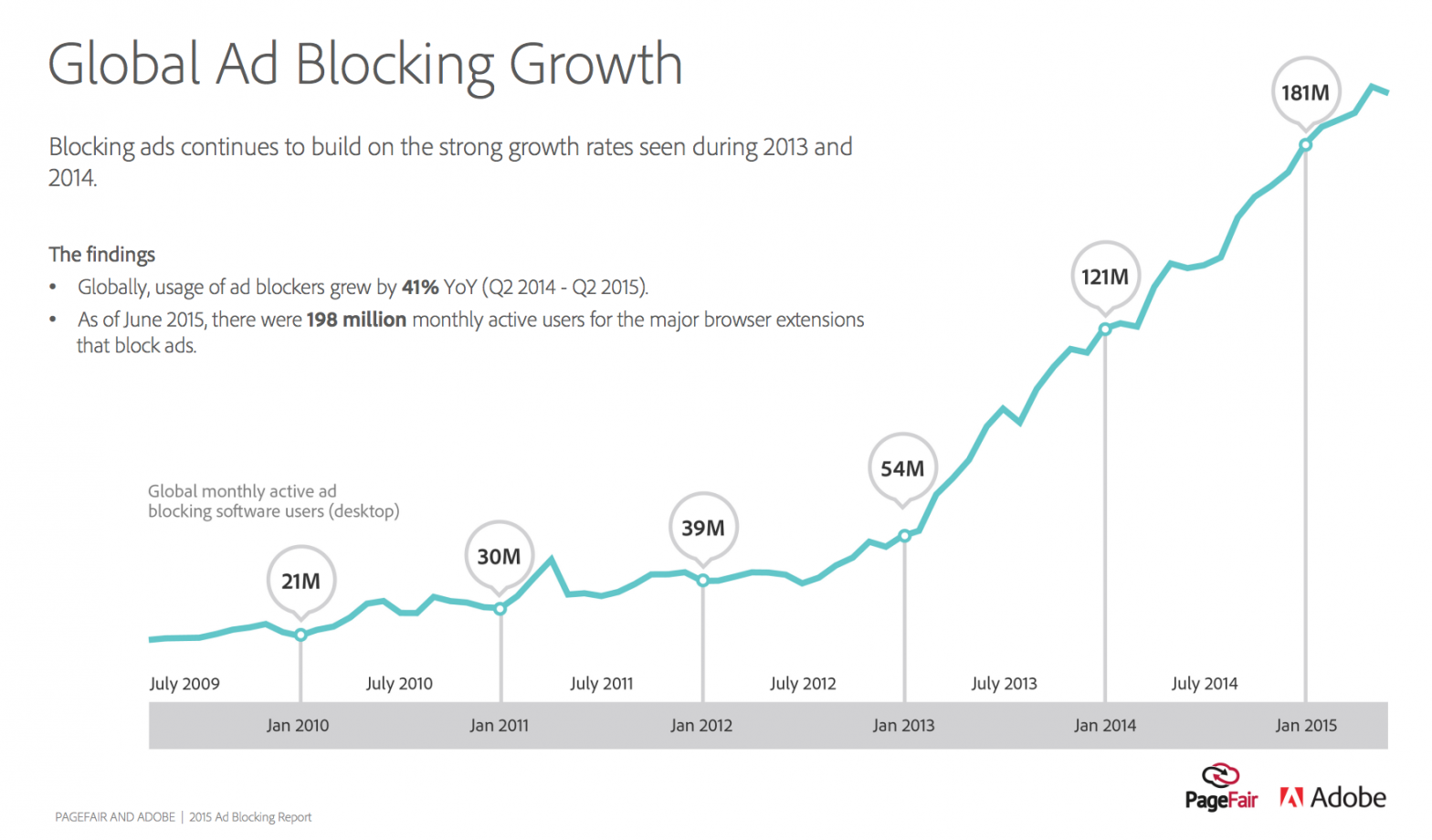 Wow. The latest news from the 2015 Adobe & PageFair ad blocking report are NOT good. We have summarized the key points (lowlights?) below:
GROWTH:
COST TO INDUSTRY:
MOBILE:

UNITED STATES:
EUROPE:
So what can a programmatic publisher or programmatic yield managemnt team do? Unfortuneately, there is no silver bullet, but services like PageFair are helpful, and some believe that the outlook is not so dire, at least today.

We hope you enjoyed the quick overview. The full report is available here: http://blog.pagefair.com/2015/ad-blocking-report/