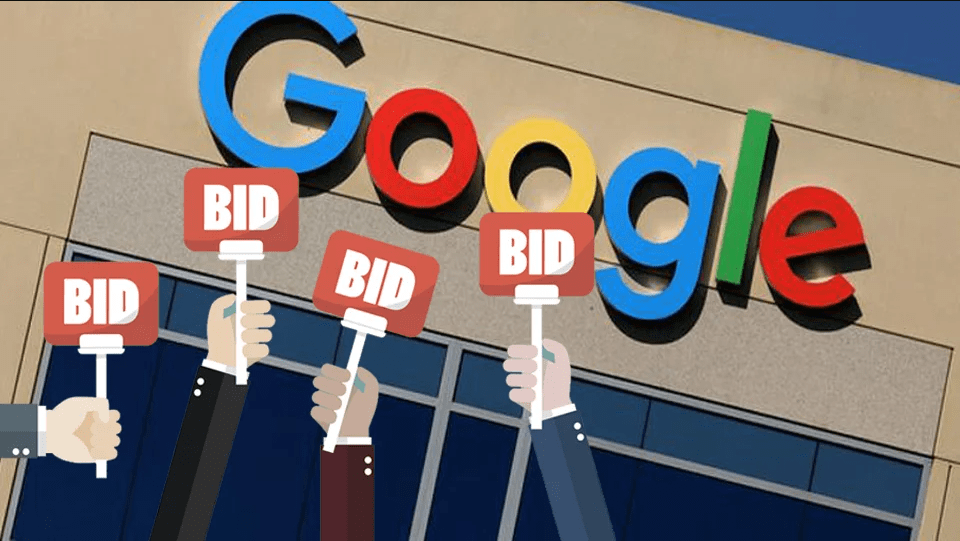 How Will Google Ad Manager Migration to 1st Price Auctions Affect The Market? Focus on buyers.

By the end of the 2019 Google will run a unique first-price auction at the GAM level. In other terms, instead of being reduced to the second highest bidder (or the floor), buyers will start paying the exact amount they have bid to win the auction.

All ad-tech players are wondering what the consequences of this move will be. So we decided to publish a blog series of four articles that will explore this Google move: market effects and some best practices for publishers.

In this first article, we will see what the market effects on buyers will be and specifically:

1) How buyers adapt to manage their margin

How Buyers Adapt to Manage Their Margin

When the market moves from 2nd to 1st price, Buyers have to adapt to manage their margin.

In a second price auction, Buyers can bid their true value for each auction. They will only pay the price of the second bidder or the floor. This is what we call the bid reduction process. And this is what creates the margin for a Buyer:

In a first price auction, buyers cannot bid their true value. If they do so, they will end up paying their true value… and make no margin. In our example, if the buyer bids $5… he will pay $5… and won’t make any money.

So buyers have to bid below their true value to make a margin. But this is a difficult exercise:

Buyers have to be smart when decreasing their bid, finding the sweet spot between hitting the right margin value (bid low enough) and impression volume (bid high enough). The process of reducing its bid value is what we call “Bid Shading”.

→ the margin of the buyer directly depends on its ability to predict the floor price of the Publisher and (where there is…) the bids of competitors in the same auction.

How does Bid shading work?

Funny thing: if bid shading was perfect… buyers would be able to predict exactly the value of the floor and competitive bids… and bid just 1 cent above. The final CPM would then be the same as in 2nd price auction.

Having said that, nobody’s perfect, nor is bid shading. So the final CPM will usually be higher than the “2nd price” CPM.

Note that the largest DSPs (AdWords, DV360, Criteo, TradeDesk) in the industry have already developed their own bid-shading algorithm, and are using it in first-price auctions (run by SSPs like AppNexus, Rubicon, …). 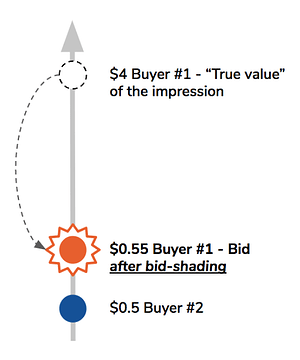 On the left, an example of a very efficient bid-shading algorithm, leading to two conclusions:

Putting publishers at risk, especially in auctions where competition is low.

Most large DSPs have already developed (and are already using) bid-shading algorithms.